As a writer, I often find inspiration in other people’s words, from a well-written article to a thought-provoking headline. It’s not that I would copy those ideas (obviously) – it helps me think about what works, what doesn’t and why – and how using a different approach can make a message stand out.

In my previous working life as a buyer, I used to travel around Europe, the US and Asia visiting suppliers and collecting samples – it typically involved a great deal of shopping and the purchase of an extra suitcase.

So when I visited the Writers HQ in Bristol recently, I was also on the lookout for samples. But as I was collecting words there was no need to worry about the baggage allowance.

I think it’s fair to say that the nation that produced Shakespeare, Jane Austen and JK Rowling also does a pretty good job creating copy and content. But are there enough similarities between our countries, from consumer behavior to popular culture, to make those samples relevant for our projects Down Under?

Here are a few of my favourite samples… 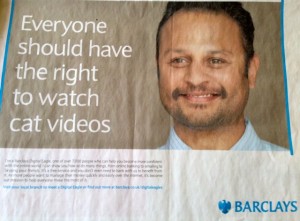 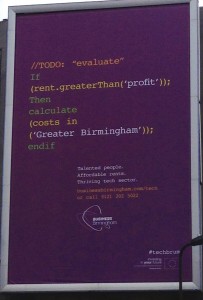 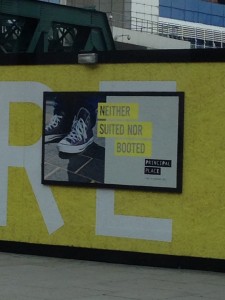 ‘Determination’ is a nice values link for Standard Link’s sponsorship

Great copy and tone of voice ideas often cross cultural borders. ‘Compare the Meerkat’, for example – an original idea when it first launched in the UK in 2009, now widely advertised in Australia. I asked the UK team what local copy rocked their boat, and I wasn’t surprised to see these Booking.com ads work just as well in Sydney as they do in Bristol.

Hopefully the ideas and inspiration flow both ways. We’re certainly working on an increasing number of projects around the world – often collaboratively. And keeping a file of our favourite samples helps to inspire.

Have you ever seen great copy while travelling? Or examples of cross-cultural failure? Share your samples with us in the comments.